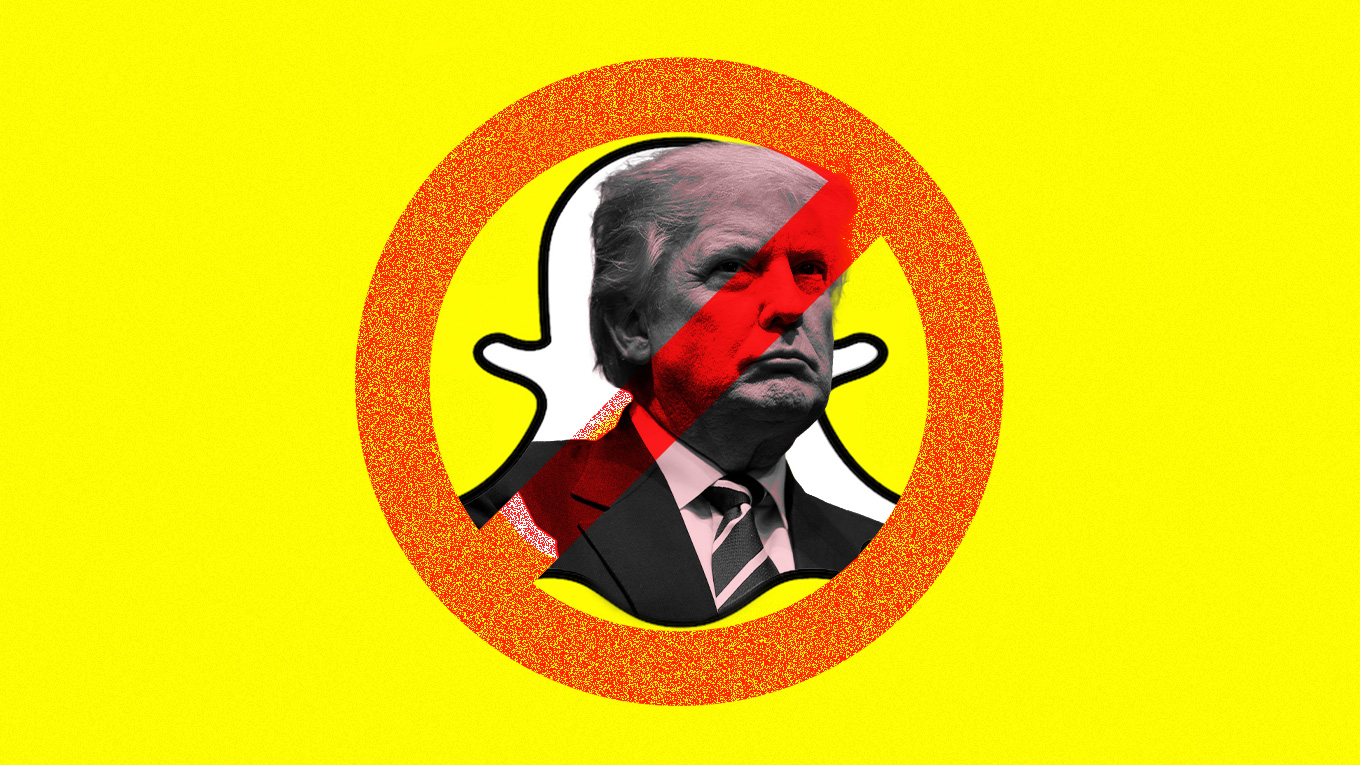 The president is now permanently banned from both Twitter and Snapchat.
Getty Images, Snapchat

There’s hardly any social media platform left that will have President Donald Trump.

Snapchat permanently banned Trump on Wednesday, a move the company said is in the best interest of “public safety” and its entire community.

“Last week we announced an indefinite suspension of President Trump’s Snapchat account, and have been assessing what long term action is in the best interest of our Snapchat community,” a Snap spokesperson told Adweek in an email Wednesday evening. “In the interest of public safety, and based on his attempts to spread misinformation, hate speech, and incite violence, which are clear violations of our guidelines, we have made the decision to permanently terminate his account.”

The company said Trump repeatedly violated its terms of service and community guidelines, including rules against spreading misinformation, hate speech, glorifying and inciting violence. The news was first reported by Axios.

Last week, after the insurrection at the U.S. Capitol, which led to Trump’s impeachment by Congress today, every major social media company took steps to mitigate harm and reprimand the president. Snap had joined Facebook, Twitch and YouTube in suspending the president until after the inauguration, but took harsher action Wednesday and joined Twitter in permanently banning him.

This isn’t the first time Snap has punished the president for his role in inciting violence. In June, after Trump tweeted that protesters in Washington D.C. would be “greeted with the most vicious dogs and ominous weapons, I have ever seen” if they approached the White House fence, Snap announced it would no longer promote the president’s account in Discover, its curated content hub.

Trump has been effectively de-platformed until after the inauguration. The only question remaining is: which platforms—if any—will allow him back on?