Struck by the Pandemic, These 2 Restaurant Brands Joined Forces to Fight Back

Struck by the Pandemic, These 2 Restaurant Brands Joined Forces to Fight Back 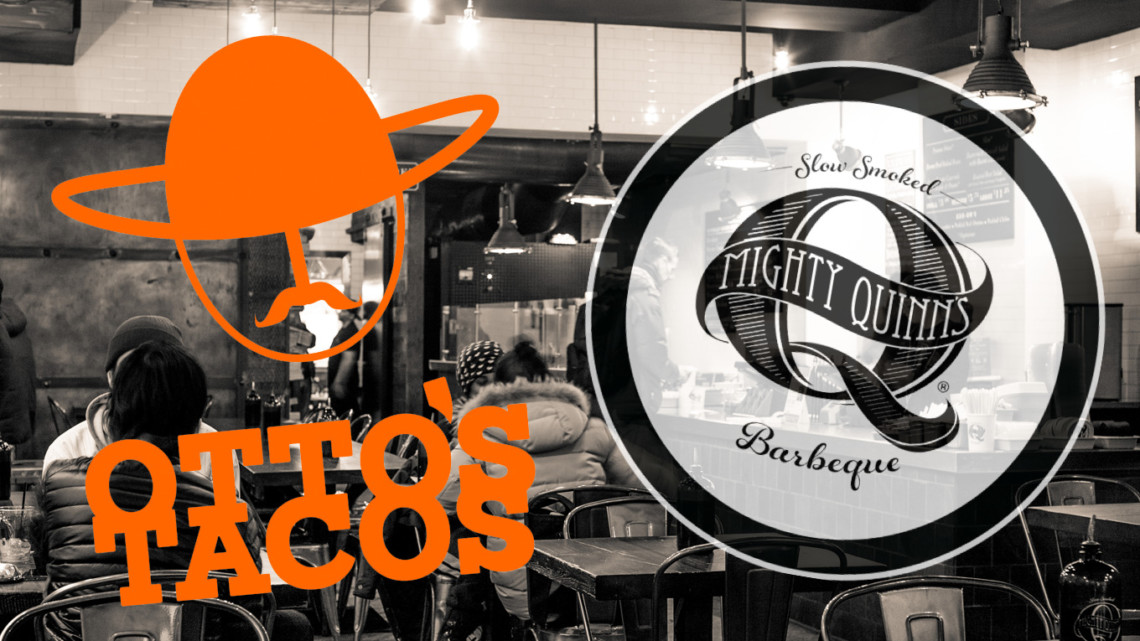 For the past seven years, New Yorkers with a yen for So-Cal taqueria fare have flocked to Otto’s Tacos, whose first location in the East Village turned heads with its coarse-ground tortillas, masa fries and spicy fillings. When the food blog Eater reviewed the place in 2013, it applauded the fare, but noted ominously: “The rent is undoubtedly stratospheric, and here’s hoping the new place … can make a go of it.”

As things turned out, Otto’s did make a go of it, opening three more doors around town and doing a brisk lunch trade.

“Our catering vertical represented a large amount of our revenue,” Cedeno told Adweek. “Once New York City was canceling events and advising companies to work from home, that revenue stream practically disappeared. We knew that even with an uptick of delivery and takeout, there was no way to make up for that lost revenue.”

A heartbroken Cedeno had no choice but to shutter his restaurants, and he was hardly alone. Six months into the pandemic, the loss of dine-in and catering revenues had forced one in six restaurants across the country to close, according to data from the National Restaurant Association.

The U.S. trade group predicts restaurants are expected to lose a collective $240 billion in 2020.

Micha Magid was also a New York City restaurateur who started in the East Village. His brand, a barbecue place called Mighty Quinn’s, had opened its flagship location within a few blocks and a few months of Otto’s. “As new, young restaurateurs, we’ve known each other for a while,” Magid said. And as the pandemic took ever bigger bites out of their revenue, Cedeno and Magid found themselves not just talking, but strategizing. Eventually, the brainstorming led to an unusual solution.

Magid rejiggered his online ordering system to accept Otto’s takeout orders, then trained his cooks to prepare the taqueria’s menu items in Mighty Quinn’s kitchens. The adjustment allowed Otto’s—while devoid of its physical restaurants—to survive as a delivery business and, of course, as a brand. Magid’s arrangement was a humanitarian one, but it benefited his concept, too. With diminished capacity of his own to contend with, a new stream of orders would furnish Mighty Quinn’s with a much-needed incremental revenue stream.

“We wanted to figure out a way to both utilize the kitchen capacity that we had within our own restaurants and also bring back these amazing street tacos that Otto brought to the city,” Magid said. “Both of these missions clicked into the idea of doing digital only.”

Rather than splitting the meal tickets with his partner, Magid worked out a licensing agreement with Cedeno. Mighty Quinn’s runs the operation and takes the payments, while Otto’s gets a fee for the use of its name and menu.

“What they’re doing is very smart,” observed Gary Stibel, founder and CEO of the New England Consulting Group. “As restaurateurs find that they have more production capacity than they have orders and guests, there is an opportunity for them to combine and share resources. It’s entrepreneurial, it’s creative—and it’s happening on a much larger scale.”