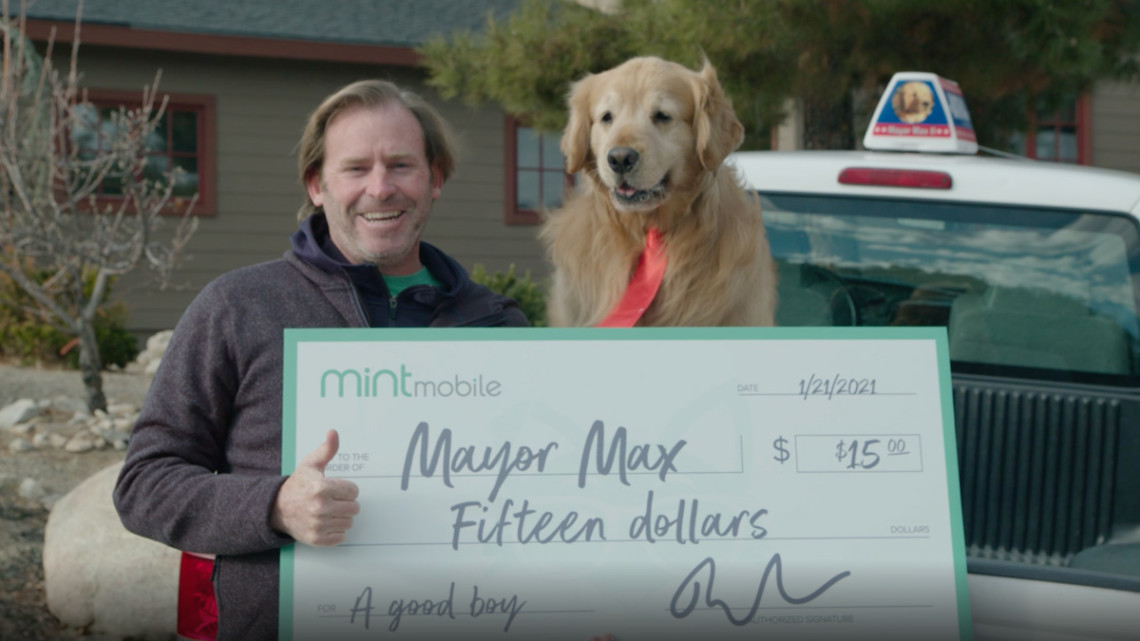 Since the insurrection at the U.S. Capitol, the biggest brands in the country have begun reevaluating their political contributions. The goal is to ensure that, from here on out, people don’t associate their names with the kinds of characters who violently ransacked the nation’s seat of government on Jan. 6.

But unlike its major league counterparts, who spent a combined $40 million on lobbying activities between Jan. 2019 and Sep. 2020 according to Open Secrets, budget cell carrier Mint Mobile didn’t have any cash in the political game—until now.

In a new spot featuring Mint Mobile owner and actor Ryan Reynolds, the brand announced its first ever political contribution: $15 to the mayor of Idyllwild, Calif.

But this mayor isn’t just any run-of-the-mill politician: Maximus Mighty-Dog Mueller II is a golden retriever, and a “good, good boy,” Reynolds said. He’s the second dog mayor of the non-incorporated town of Idyllwild, and his position is both non-partisan and non-political. Mayor Max “promises to love everyone unconditionally no matter what their views or political party may be,” he wrote in the introduction to his 2021 calendar.

The $15 check that Mint Mobile sent to Mayor Max doesn’t get anywhere near the contributions of the big mobile carriers, but that’s by design. “We prefer to invest our money in stuff for you,” Reynolds said, announcing free data upgrades on each of Mint Mobile’s plans starting Jan. 28.

Since Reynolds bought an ownership stake in the company in Nov. 2019, the brand’s identity has largely merged with the humor and character of the actor. He voices and stars in the ads, made by his production company, Maximum Effort, and constantly leverages his intimate knowledge of pop culture to nail the zeitgeist with each installment. Over the past year, he hired Rick Moranis to stand in field of mint, made fun of himself for wanting to join the Geek Squad and left voicemails for all the carrier’s subscribers.