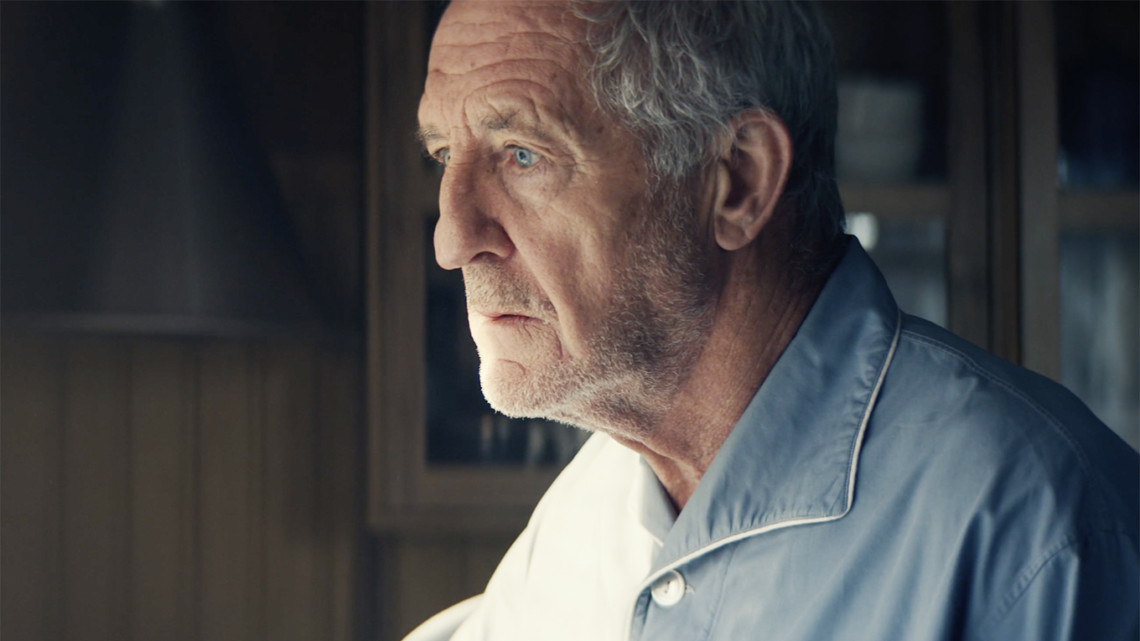 Some are calling the highly shared ad the best holiday spot of the year.

An ad for a Dutch pharmaceutical company little known outside of The Netherlands has become surprisingly popular in social media—and seems to be a late contender for most heartwarming ad of the year, according to a groundswell of positive reaction online.

Seemingly frustrated by his aging body, the man tries to rekindle the strength of his younger days by working out with kettlebell each morning—sparking curiosity among his neighbors, and the viewer.

At the end he arrives at his daughter’s home for Christmas, and we learn why he’s been so focused on a specific weight-lifting exercise. As he bends down to lift his granddaughter to the Christmas tree so she can place the star on top, the motivation behind his new found fitness becomes clear.

People have taken to social media to express love for the spot, which was directed by Sune Sorensen and has racked up 6.8 million views on YouTube. On Twitter, multiple versions have been uploaded and shared, with several receiving millions of views.

“So, this is now the best Xmas advert of the year. The others were great but this, this is the one. I’m a mess,” said Twitter user @gavinoattes, whose upload of the video has been watched nearly 5 million times. “oh cool, I’m just gonna be over here crying for the rest of the day,” said another.

Speaking about the film, Sorensen said: “I was immediately attracted to the lone portrayal of the protagonist as well as the dynamics of viewing him from both inside-out and outside-in. Delving into his development and motivations, the stages of conviction, failure, disbelief, comic relief, recovery, and so on, lends itself with quite a few rewards.”