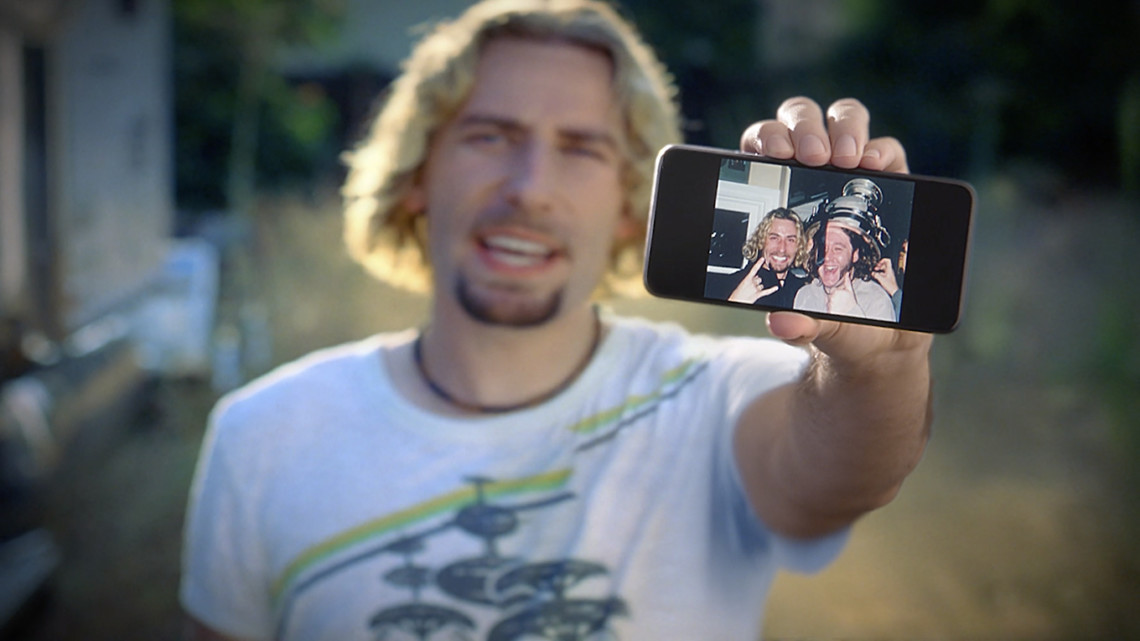 “Look at your photographs,” urges Google’s reboot of the 2005 hit.
Google

Making fun of Nickelback, and specifically its video for Photograph, is so easy and commonplace, the joke had long since lost any real comedic value by the time Donald Trump tried it on Twitter in October 2019. (The president’s tweet, which featured a version of the video altered to take a dig at President-elect Joe Biden, was quickly removed for copyright infringement.)

But you know who can still make a good joke about Nickelback? Nickelback, that’s who.

The Canadian rock band just released a creative reinterpretation of its 2005 Photograph video, which this time quickly reveals itself as a plug for the features of Google Photos. Lead singer Chad Kroeger once again belts out the lyrics with earnest intensity, though as the video continues, we realize the lyrics aren’t quite what we expect: “Falling down the photo rabbit hole. Is it my hair or just a ramen bowl?”

“Fifteen years ago, we had no idea that the photos on our mobile devices would become such a ubiquitous part of all of our lives,” Kroeger said in a statement about the ad. “When Google approached us with the idea about marrying the song with Google Photos, we felt like it would be a fun and nostalgic way to give the song a lyrical refresh and share some of our favorite memories.”

The ad and the song’s modified lyrics highlight ways users can navigate and organize pictures and videos using Google Photos. So if you’re looking to revisit all those pics you took of your dessert on a night out, they’ll all be in one place. (Spoiler alert: You’ll never look at those food pics. Just enjoy the meal and save the photography for each other’s eventually regrettable hairstyles.)

Speaking of hair, Kroeger is far from shy about making fun of his own: “Every memory regretting all my hairstyles—if you wove it all together, it would go for miles. It’s hard to braid it, time to shave it. Goodbye, highlights.”

Google said it timed the release of the ad to correspond with the holiday season and the end of the year, when users most often revisit their photos from the previous 12 months (and years past).

About the Author: David Griner