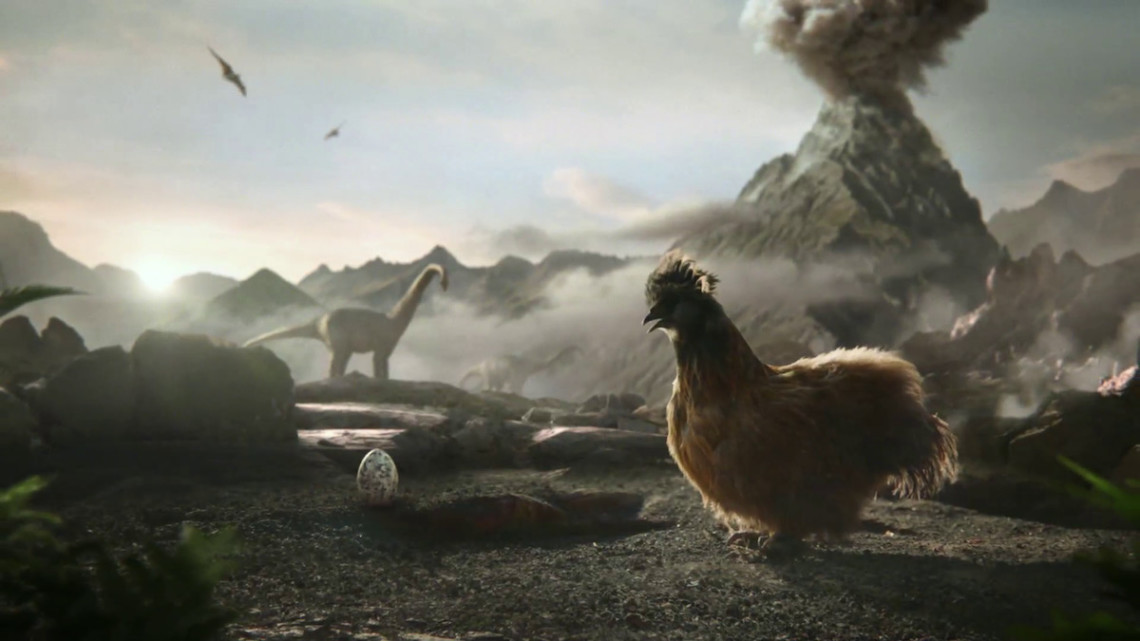 TBWAParis tackles a very big question in spot for French brand U Shops.
TBWAParis / U Shops

It’s a question that has perplexed mankind for centuries: Which came first, the chicken or the egg?

French supermarket chain U Shops (Systeme U) has taken a tongue-in-cheek swing at finding out the answer in a new campaign titled “The Hen” (or “La Poule” in French.)

The TV and digital spot, by TBWA/Paris, takes the viewer back in time from the present day as it follows a hen and its hen ancestors through a world war, the 18th century, the Roman era, the stone ages and back to the dinosaur era in a bid to discover the answer.

The concept of the ad, as the final frame makes clear, is to promote the store chain’s use of only free-range eggs and boost its animal welfare credentials.

Frustratingly, though, the spot doesn’t reveal which really came first—leaving mankind to wonder at the marvels of evolution for a little longer.

This isn’t TBWAParis’ first egg-centric work of note. To launch McDonald’s all-day breakfast offering in France, the agency created a satisfying series of GIFs about bouncing eggs and other fanciful ingredients in an Egg McMuffin.