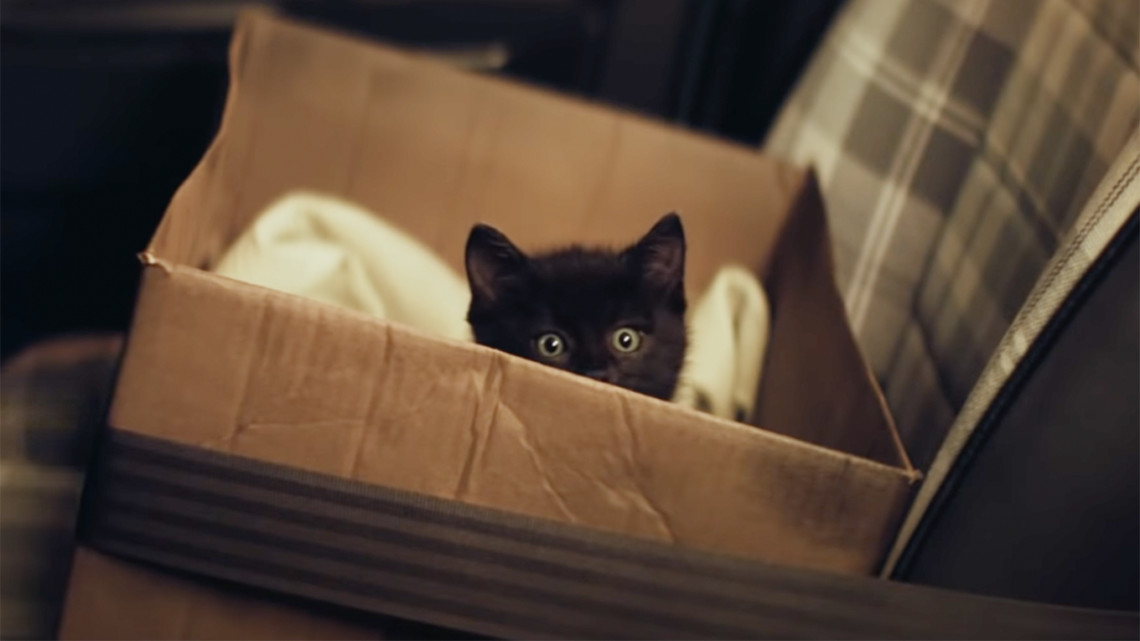 A gorgeous good luck charm of a kitten takes center stage in this heartwarming holiday spot.
Dutch State Lottery and TBWANeboko i

Superstitious folks have given black cats a bad rap for centuries, but a holiday ad for the Dutch lottery stars the sweetest little good luck charm on the planet—a coal-colored kitten named Frummel—to adorably dispel those old myths.

The long-form ad is a follow-up to two straight years of animal-centric marketing from the Dutch State Lottery for its popular New Year’s Eve draw. Through agency TBWANeboko, Frummel joins a bedraggled dog named Frekkel from 2018 and 2019’s Freddie, a hedgehog.

2020’s “Believe in Luck” centers on an elderly gentleman who’s looking to adopt a cat. He finds only one left in the litter—a tiny, dark-as-night feline. He’s initially concerned about black cats’ poor reputation, but rescues Frummel anyway.

And that’s when good things start to happen, every time Frummel meows. That red light on the ride home? Green now. The out-of-service elevator in the man’s apartment? All fixed.

On a trip to the store, Frummel even hints at the right lottery ticket to buy, but his new owner decides to go the selfless route. He stands aside and lets a pregnant neighbor take the potentially prize-winning ticket.

“The strength of this campaign lies in the disruption of the idea by giving the symbol of misfortune, a black kitten, the leading role,” the agency’s chief creative officer, Darre van Dijk said. “With Frummel, we show that the most beautiful things can happen by trusting in your luck.”

The annual lottery has become “a true phenomenon,” according to Arno de Jong, CMO of Nederlandse Loterij.

“Every year we try to present a story that touches the Dutch population,” he said, calling the kitten Frummel “a wonderful successor to Frekkel and Freddie, with a beautiful and relevant message: The best kind of happiness is someone else’s.”

The commercial gets wide digital and social distribution, with out-of-home, radio and retail activations as well. As part of the effort, the lottery is highlighting shelter animals as “Frummel’s friends” who are available for adoption by placing posters around major cities in the Netherlands.