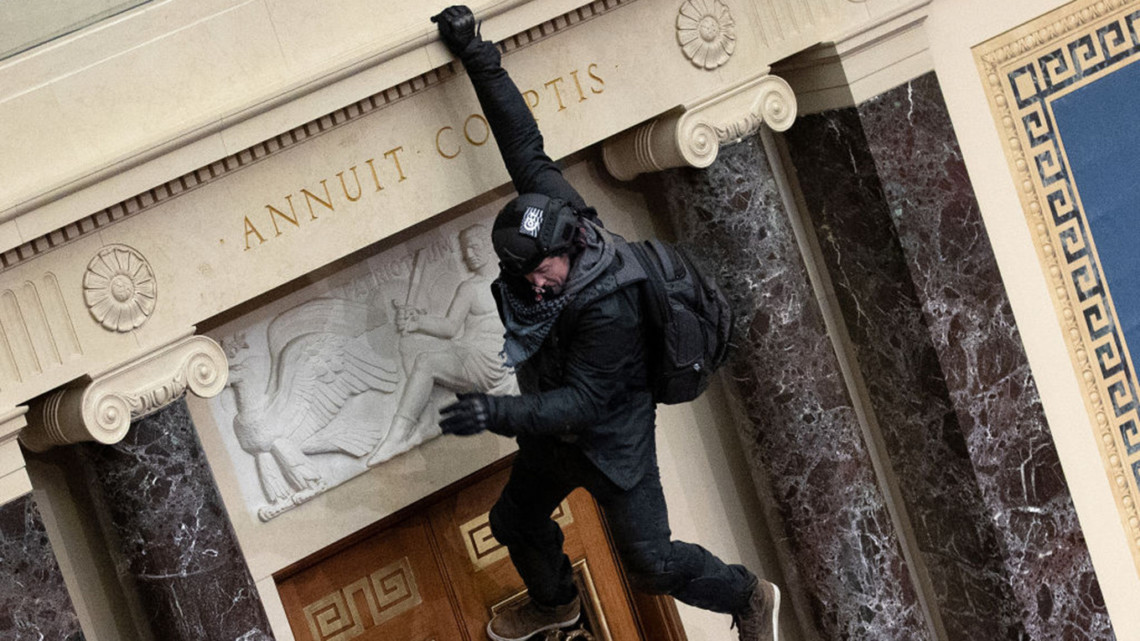 A protester jumps from the public gallery to the floor of the Senate chamber at the U.S. Capitol Building on January 06, 2021.
Win McNamee/Getty Images

The lockdowns follow a brutally historic day in the nation’s capital. As a joint session of Congress gathered to ceremonially count the 2020 electoral votes, supporters of President Trump stormed the capital building. House and Senate members were rushed to an undisclosed location.

During the standoff, the president used his social media account in ways that social media platforms deemed as encouraging rather than discouraging the ongoing violence. After applying numerous warning labels and removing engagement metrics, likes and replies, Twitter took unprecedented action: The company locked Trump’s account until he removes the offending tweets, plus another 12 hours.

It also marks the first time Twitter has fully removed Trump’s posts, though they have often hidden them behind warning labels that users can click through to read. The company has made exceptions for world leaders and other politicians that it feels post in the public interest. Usually, rule-breaking posts, if not an imminent threat, will be hidden and not fully removed.

Twitter’s action followed a similar one by Facebook, in which the social media company first removed a number of Trump posts, calling it an “emergency situation.” Facebook then levied a 24-hour block after it found “two policy violations.” The president had recorded a video message from the Rose Garden in which he repeated baseless claims of election fraud. Twitter, Facebook and YouTube all removed the video.

“We removed it because on balance we believe it contributes to rather than diminishes the risk of ongoing violence,” said Facebook’s vp of integrity, Guy Rosen. Facebook also said it would remove any posts from users that praised the storming of the Capitol, called for armed protests anywhere in the U.S., incited violence, promoted protesters’ images or videos of the event, calls for curfew-violating protests in Washington, or any additional attempts at violence in the coming days.